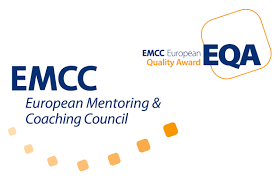 The history of thought shows many examples of how in times of crisis radically new ideas break through and become mainstream. Much has been written about the most creative writing in ancient Athens taking place precisely during or just after the great Peloponnesian war which saw Athens sacked and utterly defeated.

More recent examples include Hobbes who produced his radically new thinking about social contracts in the dark times of the Civil War whilst he had to work in exile in Paris; and Keynes who wrote his seminal work as a direct response to the Great Depression. Commonly, the ideas which were created in one crisis have only been fully tested in the next crisis. Right now, Keynesian economics has not only provided the theoretical underpinning for the plans of most global leaders to ease the recession, but these very economics have been put to an extreme test that is doubtful they will survive and there are clear signs that a crisis in confidence is emerging around Keynesian economics.

This article aims to make a case for the potential for learning and growth that is embedded, albeit hidden, in the turbulence and conflict that we see around us.