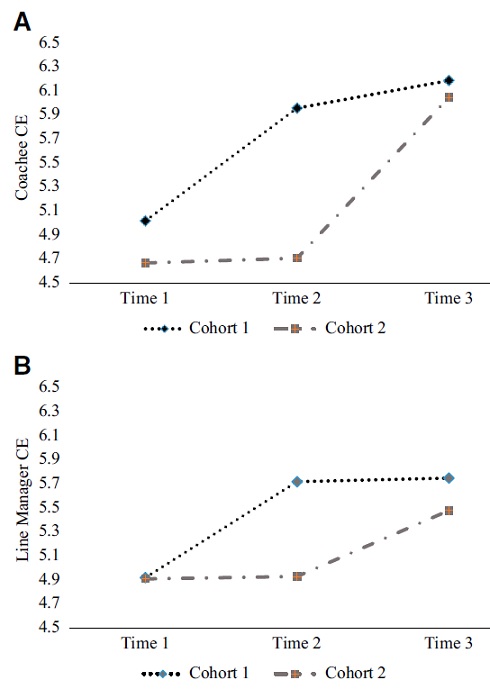 This is a report of a near-randomized controlled trial study in a global healthcare corporation.

Executive coaching is widely used as a tool to develop leaders and organizations. However, despite the popularity of coaching, the effect of coaching on relevant leadership performance measures remains unclear. We report on the development of a model for coaching effectiveness predicting that aspects common to all approaches are the main active ingredients, mediated by the working alliance as the single-best predicting common aspect. To test this model, we conducted a (waiting-list) randomized controlled trial within a global healthcare corporation, involving 180 coachees, 66 coaches, and 140 line managers of the coachees, which we contend is the largest randomized controlled trial in executive coaching to date.

The study demonstrated substantial impact with effect sizes up to d = 1.1. We also tested several aspects that are common to coaching contracts and found more evidence for the central importance of the strength of the working alliance as seen from both the coachee and (to a lesser extent) the coach perspectives, which mediated the effects for coachee well-being and perceived social support. In addition, we found some significant impact for coachee self-efficacy, resilience and “bright side” personality aspects. Finally, we found some first significant indications that personality and career derailment aspects may show demonstrable improvement through coaching. We discuss the implications of these findings for coaching theory and practice. Overall, our study demonstrates the effectiveness of coaching in an organizational setting, the importance of the working alliance, and that coaching may mitigate the risks of leaders derailing in large organizations.