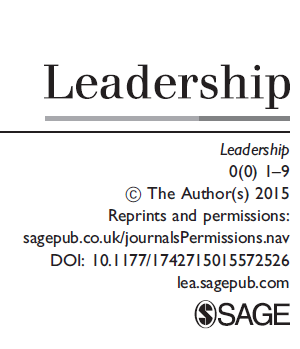 In his influential book Capital in the 21st Century Thomas Piketty (2014) shows that the present rate of return on capital being higher than economic growth is leading to increasing wealth and income inequality, which ultimately stifles our growth and prosperity. For some time I have noticed a similar pattern applying to top leadership in corporates, where current growth rates of managerial discretion and remuneration topple increases in leadership effectiveness, which is leading to organisational inequalities that are stifling our economy’s development, agility and growth.

In this article I look at the immense pressures on the function of leadership, on leaders and their followers, from an organisational, ontological and personal perspective. I try to demonstrate that there are three areas of conflict: the projections and expectations put upon leaders, the confusion of misleading definitions of leadership, and an internal conflict which always emerges when taking up a leadership role. I describe and explore the emergence of a splitting phenomenon called the leadership shadow which is a common consequence of these pressures, and suggest a few local solutions to this great societal leadership predicament.